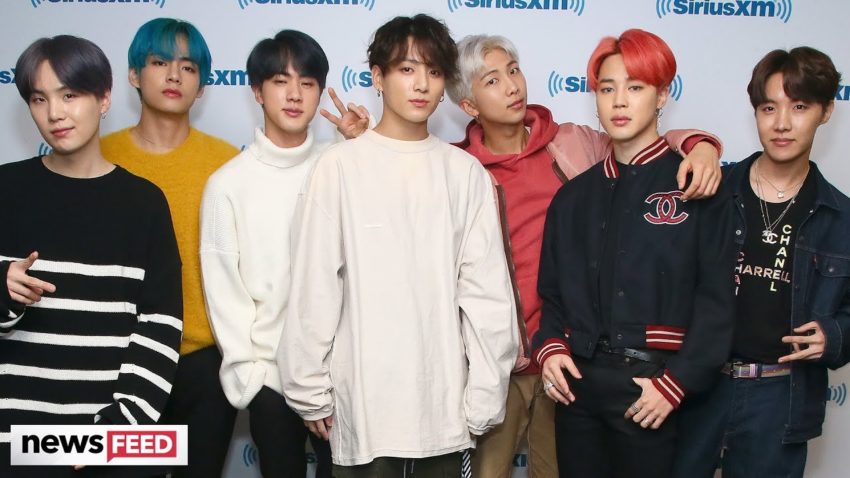 In case you didn’t get the memo: everyone in BTS is single.

What’s up everyone? I’m Erin and I’m a little confused about this one. Apparently, every member of BTS is SINGLE, despite any dating rumors you may have heard.

See, traditionally, K-pop band members are actually forbidden to date. Their managers enforce this rule pretty strictly. The thought is- the members are all representing a brand, and a HUGE part of that brand is appearing to be single to appeal to their fans.

So even if they ARE dating someone, they have to keep it super tightly under wraps.

He said,“Scandals involving drinking, drugs or even dating not only make waves in the entertainment news section but also the finance news section because many of the biggest Korean music management companies are also publicly traded stocks on the Korean stock exchange.”

This does make sense though if you think about how devoted K-pop fans tend to be. I mean, when BTS performed at Saturday Night Live, fans started lining up on the street as early as the MONDAY before.

That’s not even where it ends. Fans are also known to pay for sponsored ads and billboards to publicly show their devotion to the group. ‘Forbes’ said there were about 20 to 30 K-Pop fan sponsored ad campaigns in Times Square in 2017.

These fans are paying up to $30,000 for just FIFTEEN SECONDS per hour to prove their dedication.

Band management is aware of how valuable this type of fan devotion can be to their business, so allowing a band member to be in a relationship seems just a little too risky for them.

But… what do you think? Is there anything TO this, or is management being too cautious? After all, the guys work hard enough- do you think they deserve to take a break from the spotlight and just live their lives? OR- is this just part of the package they signed up for?

I’m really interested to hear your thoughts on this! Chat it out in the comments below. Then, be sure to subscribe to Clevver and hit that bell so you NEVER miss an update. Then you can click right over here for a brand new video.

I’m Erin, and you can find me on my socials at @erinrobinson.

I’ll see you guys next time!