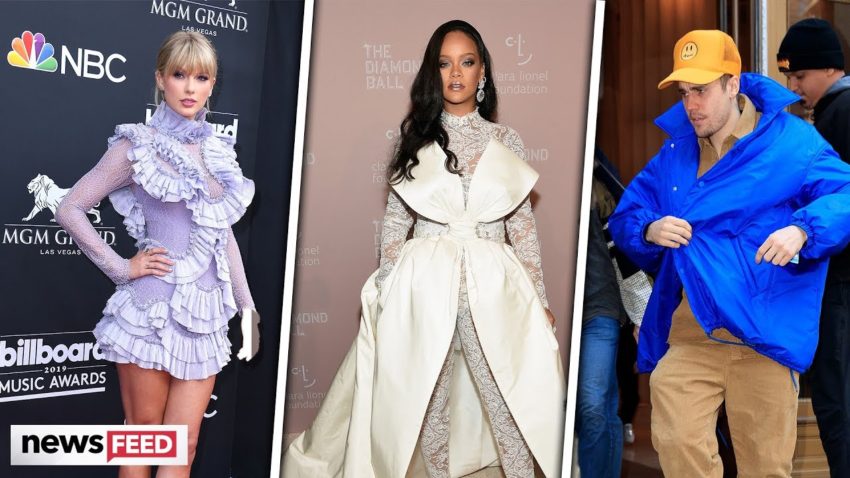 The 2019 Met Gala BLEW us away with all the looks that the celebs came to serve BUT why were our faves Justin Bieber and Rihanna NOT there??

What’s up guys, its Sussan Mourad here for Clevver News and WHAT a night we had last night, our favourite red, or should I say pink carpet of the year came to slay and we are still shook. We have so much Met Gala coverage on our channel so be sure to keep watching to get fully caught up.

BUT you guys, while we sat there literally holding our breath for each arrival as they sashayed onto the Met steps, we were holding out for some of our MAJOR Met Gala faves…

So when the carpet wrapped, we were literally heartbroken when dealing with the fact, they didn’t come ….

Starting with THE Met Gala Queen, Rihanna.
There were rumours swirling early yesterday that she may not be attending the pink carpet this year, but we didn’t want to believe it.

RiRi posted THIS pic to her instagram stories with a fans tweet that said, “Rihanna at home playing with that fucking makeup” which she then captioned “met ball 2019 with a cry face and ‘I guess’ emoji

The fans were also devastated, flooding a picture she posted of Anna Wintour from the Met showing her support for Anna as “best dressed” with comments like….

“@danitales Sis there’s a few things we count on for you. Face beat, music and your met look… why are you starving the children???”

As well as “Quit playin and pull up”

Another celeb that was also missing from the carpet who would have slayed the Camp theme was our boy Justin Bieber. And while we were all hoping he would show up to make his marriage to Hailey Bieber Met Gala official – especially because she looked bomb in that skin tight dress, looking just like a barbie. Justin was a no show because he had a dinner date with all his favourites

So while we understand the joy food brings to our lives, we were really hoping Justin chose a different night of the year to “stay in” and have a take-out banquet for one, or maybe two?

While Justin dined, he appeared to also be bro-mancing over Ed Sheeran, posting a series of pics with him and his dude, captioning, “My Boy”, “A cool cat and a fart face, Who’s who”

Justin also posted this picture of his gorgeous wifey, captioning it with “Stunning Goo Goo”

I mean, that’s cute, but doesn’t make up for us not getting to see the Bieber’s work the camp theme together.

There was also a bunch of our other favourites who didn’t attend the Met Gala including Queen B, Beyonce – we were devastated to not see her there, as well as Taylor Swift, Ariana Grande and Selena Gomez. I GUESS there’s always next year…

So now I want to turn it over to you guys, how did you feel about some of our favourite stars not attending the Met Gala this year? And who were you most bummed to not see? Let us know all your thoughts in the comment section below and you can find me on Instagram, Twitter and Youtube at Sussan_Mourad.

Then when you’re done, click right over here for another new video and as always, be sure to subscribe to our channels you guys and click that bells so you stay up to date with all the latest news. Thanks for hanging out with me, I’ll see you a little later. Byeeee