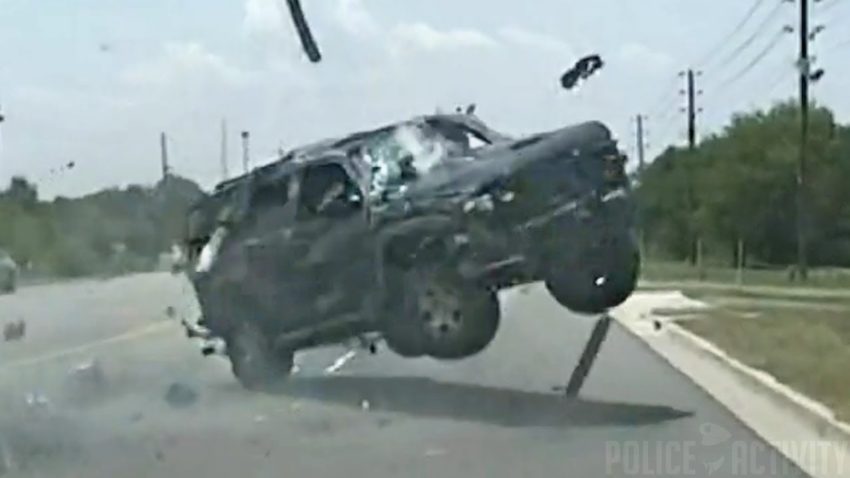 ** (Disclaimer: This video content is intended for educational and informational purposes only) **
Dash cam footage released Thursday by the Florence County Sheriff’s Office reportedly shows a woman’s attempt to flee from deputies who were attempting a traffic stop. The woman’s SUV makes contact with several cruisers before she loses control of the car, rolling it over multiple times before being ejected. The incident occurred on July 12 when deputies attempted to stop the driver, identified as 22-year-old Brittany Nicole Jeffords, for a traffic violation on North Cashua Street, but she refused to stop, according to information from Deputy Chief Glenn Kirby with the Florence County Sheriff’s Office. At one point, the suspect stopped the vehicle in a parking lot where a man exited the car and was arrested by deputies before she sped off, officials say. The chase continued onto Black Creek Road and the TV Road area where it ended when Jeffords flipped the SUV and was ejected from the car. She was transported by Florence County EMS to a local hospital. Jeffords appeared in court on Tuesday. Online records show she is charged with two counts of failure to appear, driving under suspension and failure to stop for a blue light. She is being held at the Florence County Detention Center on $3,650.50 bond.