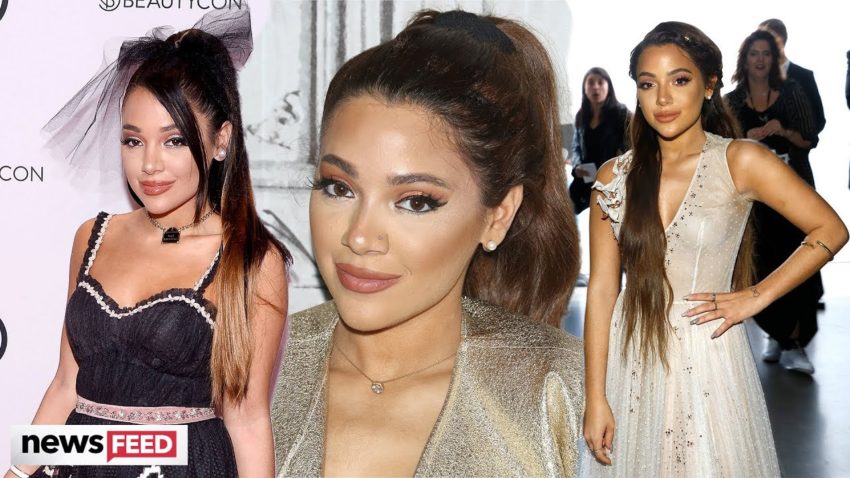 Gabi Demartino has fans speculating she’s pregnant after one of the latest videos she posted with her sister appeared to show her with a baby bump.

What’s up y’all?! It’s Emile Ennis Jr. here with Clevver News and a lot of people are asking if Gabi Demartino is pregnant.

Anyway, on Niki and Gabi’s channel, they posted a video where they actually recreated Kendall and Kylie’s Met Gala Looks. Which by the way they did a fantastic job, but that’s not what has people talking. A lot of the comments are focused on the fact that they said Zendaya the wrong way.

Anyway, the other thing that had people talking is the fact that Gabi looks like she could be pregnant according to fans. In the comments there are fans asking if other people think she looks pregnant. Irene said, “who else thinks GABI looks actually pregnant? 3:01 TTEEEEAAA”

And there were plenty other comments similar to that. But let’s look at the footage in question.

Remember what I said earlier though, don’t assume. And even if you did, Gabi is shutting the pregnancy rumors down. She took to all of her social media to let people know the truth. On Twitter she tweeted, “im not pregnant i promise”

She also posted on her Insta stories to set the record straight. In the first one, she shows her stomach and captioned it saying I’m not pregnant, “my mic pack was latched onto the front of my shorts under an oversized t-shirt in the latest Niki and Gabi video.” She then followed it up with these two stories.

So for those who were wondering, this rumor is so false.

Anyway, guys! I have to know what you think. How do you feel about fans assuming Gabi was pregnant? And did you like her response. Let us know in the comment section below and then hit me up on Instagram, Twitter, and YouTube @emileennisjr. After that click right over here to check out another new video and don’t forget to subscribe and click that bell to get notified of updates. Thanks for watching and I’ll see you soon.