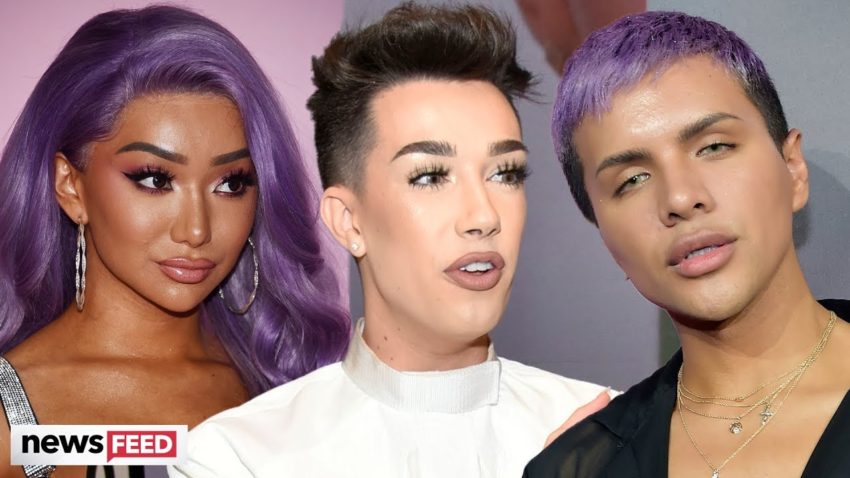 While James Charles is living a real life nightmare and his subscribers are dropping by the millions… James MAY still have a shot! Two very important players in the YouTube community have come to his defense!

How’s it going everyone, It’s Sussan Mourad with Clevver News… and yes it feels like, all we’ve been talking about lately is James Charles… but there is so much tea that keeps on spilling so I’m going to keep you up to speed!

Really quick… you may or may not know, but should know that the friendship between former besties, James Charles and Tati Westbrook is officially and indefinitely OVER!

Tati released a 43 minute video last week pretty much canceling James Charles and many Youtubers, celebrities and even James Charles stans have sided with Tati (TAH-TEE)!

Unfortunately that was not enough to salvage the friendship or his image!

BUT NOW… there may just be a silver lining for James, because former foe turned friend, Nikita Dragun has come to his defense regarding the thing that started all the drama… SUGAR BEAR!

Nikita took to twitter tweeting: “heard a situation needed some clarification. My friend was in an emergency and text me in the moment … unfortunately since @dragunbeatuy used all of our marketing budget on the fantasy, I connected him with sugar bear. Nothing shady!”

And like any good social media celebrity would do, she provided receipts of her and James’ text conversation!

In the text thread you can see James asking Nikita to help him out because he was in VIP and quote “getting attacked. Need Help.”

However, James DID say that he would story while at the Sugar Bear Coachella event!

THEN if I can turn your attention to Nikita’s text thread with Sugar bear… She pretty much laid out the situation James was in saying, “I got the longest craziest text from James begging me to ask if you guys could get him an artist pass because he’s being attacked. Lol”

Sugar Bear happily obliged and that as they say is “the straw that broke the camel’s back” and landed us all in this wild YouTuber drama!
In addition to Mama Dragun, Gabriel Zamora ALSO tried to clear James’ name and took to Snapchat where he explained what went down in the kitchen at Tati’s birthday in February!

Also, we should add that the Seattle waiter from Tati’s birthday, Sam Cooke, released his own video during this drama, where he addresses his side of the story – admitting that he was “bi-curious” when he first reconnected with James through instagram DMs after Tati’s party. He basically backs up what Gabriel said in that clip and that they made out after being invited to James’ hotel room. He also shares receipts and messages between James and himself during the period following the party where they discuss his sexuality and what their feelings are towards each other.

As of now… James has yet to do or say anything on social media SINCE he released the apology video and Tati Westbrook tweeted on May 12th saying her heart is still too heavy!

Alright so now I want to hear from you. Is Nikita Dragun and Gabriel Zamora’s defense of James enough to salvage his image?

After that click right over here to watch another new video and don’t forget to subscribe to our channel and click that bell to get notified whenever we post an update. Thanks for watching and I’ll see you soon.