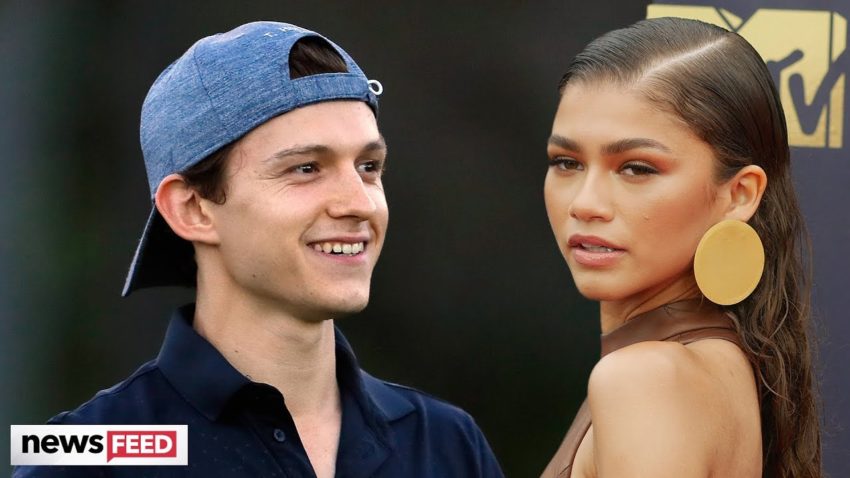 Zendaya and Tom Holland may not be an official item, but the Internet definitely thinks these two are more than just friends.

What’s up Clevver fam? It’s Erin Robinson here for Clevver News breaking down the latest reason why we think Zendaya and Tom Holland are dating.

Though Zendaya told us they aren’t dating, she’s been known to be really good at keeping secrets. Remember that one time she told Vogue she had a secret boyfriend for four years?

Yeah, so there is hope for Tomdaya… yes that’s their ship name, and I for one, really hope the rumors are true.

The Spiderman Homecoming co-stars have had lots of chemistry in the past, but the way Tom just tagged Zendaya in his Instagram post is taking the relationship rumors to a whole new level.

Tom and Zendaya recently visited Disneyland for a fan meet and greet and it was the definition of cuteness overload.

And the adorable visit led to Tom sharing this pic on Thursday.

The Instagram account Comments by Celebs caught what you would definitely miss if you were just scrolling through your feed.

It’s the placement of where Tom tagged Zendaya in the pic.

But before us Tomdaya shippers should totally freak out, Zendaya commented on the post to clear things up.

She wrote, “I’m assuming because you don’t know how to work IG, that’s the reasoning behind my name placement.”

Tom later changed the placement of the tag and tagged her name to her face, but I am not convinced. I feel like that had to be some low-key flirting.

Ever since these two were cast as Spiderman and MJ they have spent a lot of time together and have been popping up on each other’s Instagram feeds.

And according to Page Six, Tom was spotted at dinner with Zendaya and her parents at a restaurant in New York City.

So if that doesn’t say “we’re kinda, sorta, probably dating,” I don’t know what does.

Alright guys, now I want to hear from you! Do you think Zendaya and Tom Holland are dating? And do you ship these two?